the EPCO The International Arts Festival begins tomorrow and preparations are underway to give EPCOT its artistic best. Jeremiah was at the park today and shared some photos from “Chalk Full of Characters”, wHere, guests are encouraged to find charming chalk drawings of Disney characters across the pavilions, some more obvious than others, as they explore World Showcase.

Let’s take a walk on the World Showcase boardwalk and see what characters we can find! 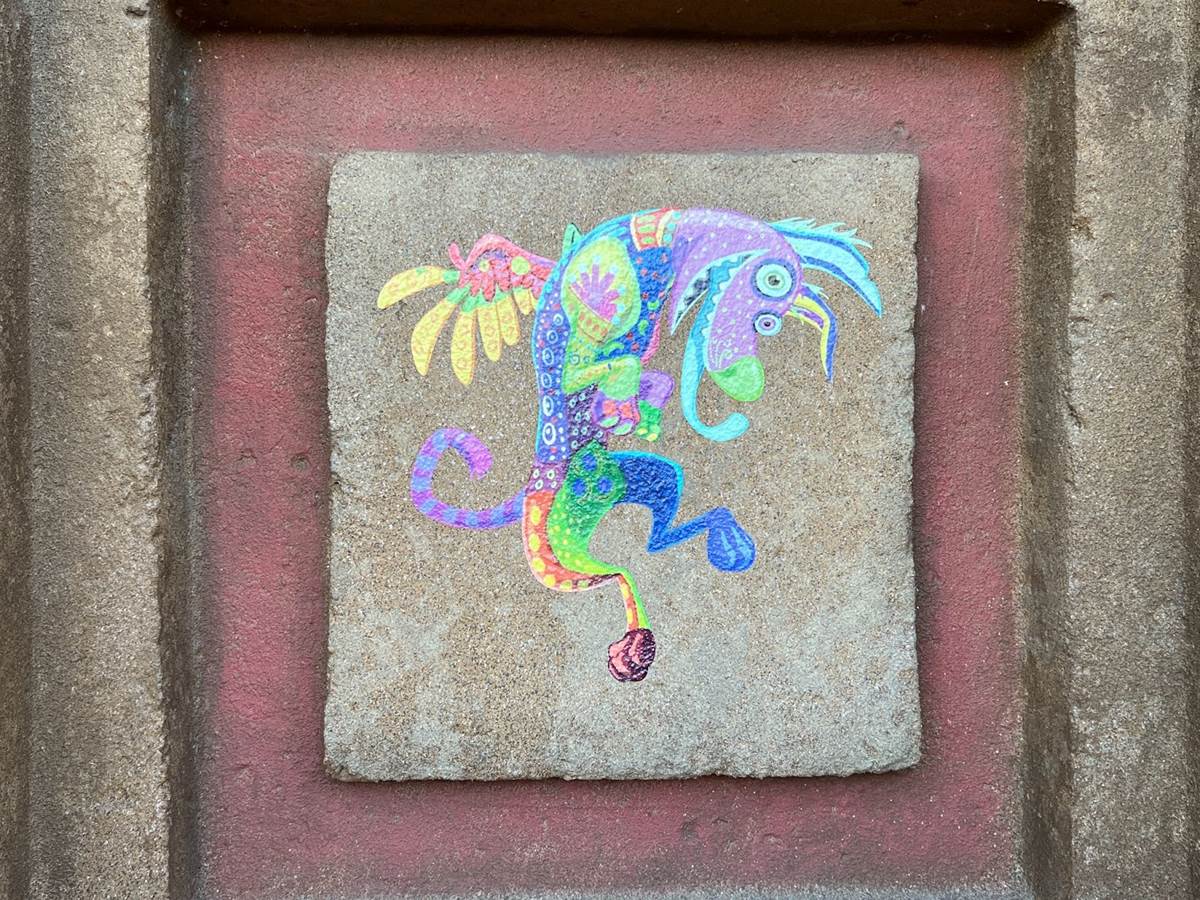 Two forms of Pixar’s Dante coconut stands outside the Mexico pavilion. Dante is an alebrije who can travel between both the Land of the Dead and the human world at the same time, and here at the Arts Festival, we find him in both forms. 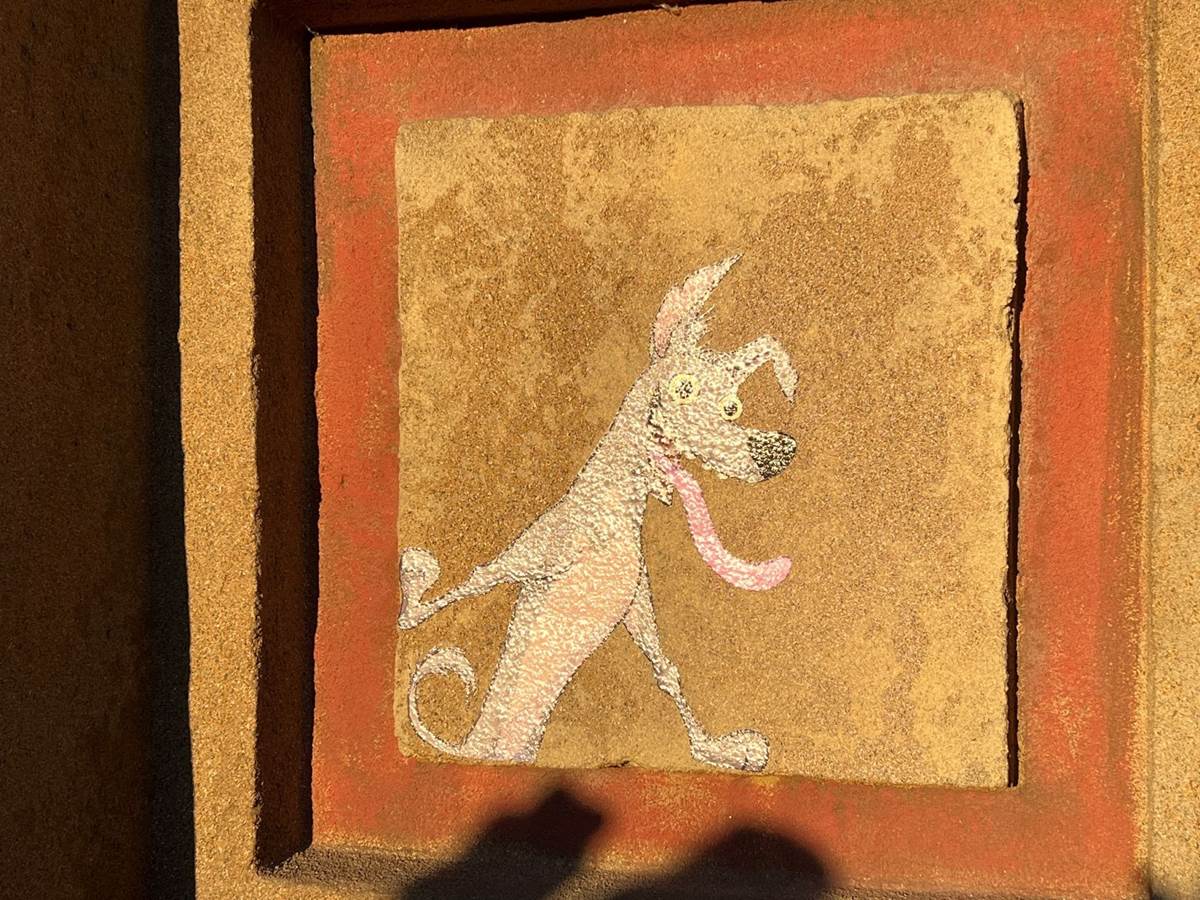 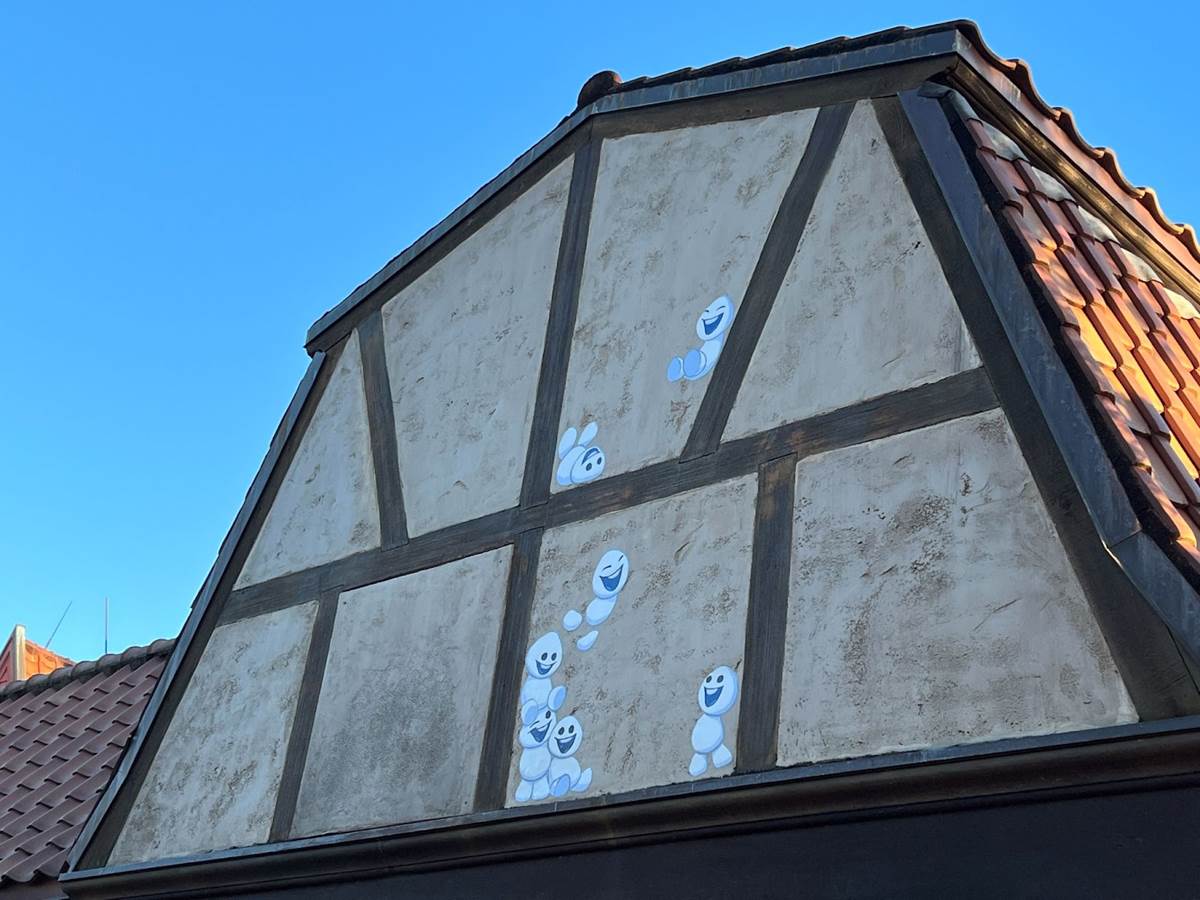 Animated Short Snowgies frozen fever can be found adorning the sides of the Norway Pavilion buildings near the Somerhaus meet and greet area for Anna and Elsa. Mushu and Cri-kee from Mulane can be found near the World Showcase lagoon near one of the food stalls in China. Mulan’s dog, Little Brother, is also in the China pavilion. 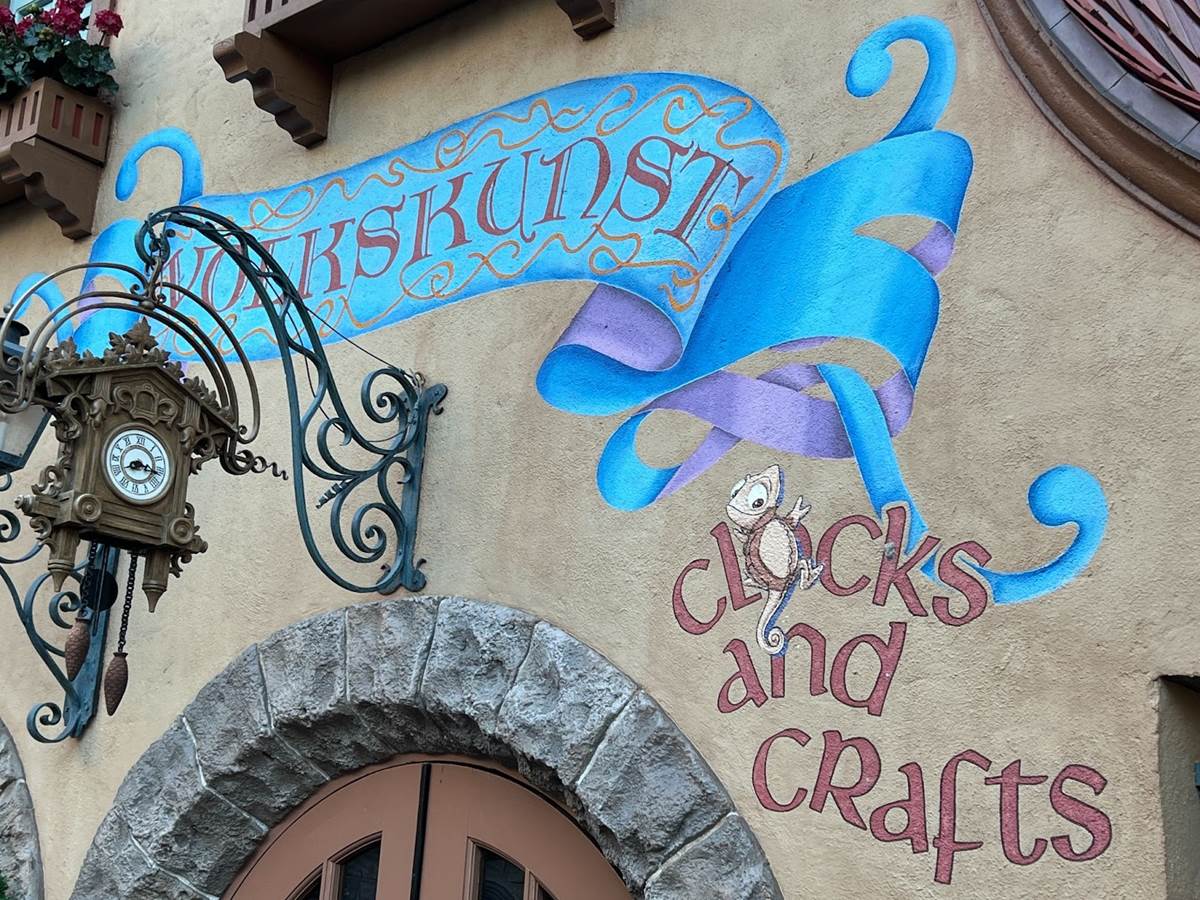 Do you think you missed something in the Germany picture above? Us too at the beginning. But there, camouflaged somehow, you will find Pascal the chameleon of the 2010s Tangled. Need a little help? Look towards the word “Clocks”. A few other chalk paintings by Pascal can be found elsewhere in the Germany pavilion. 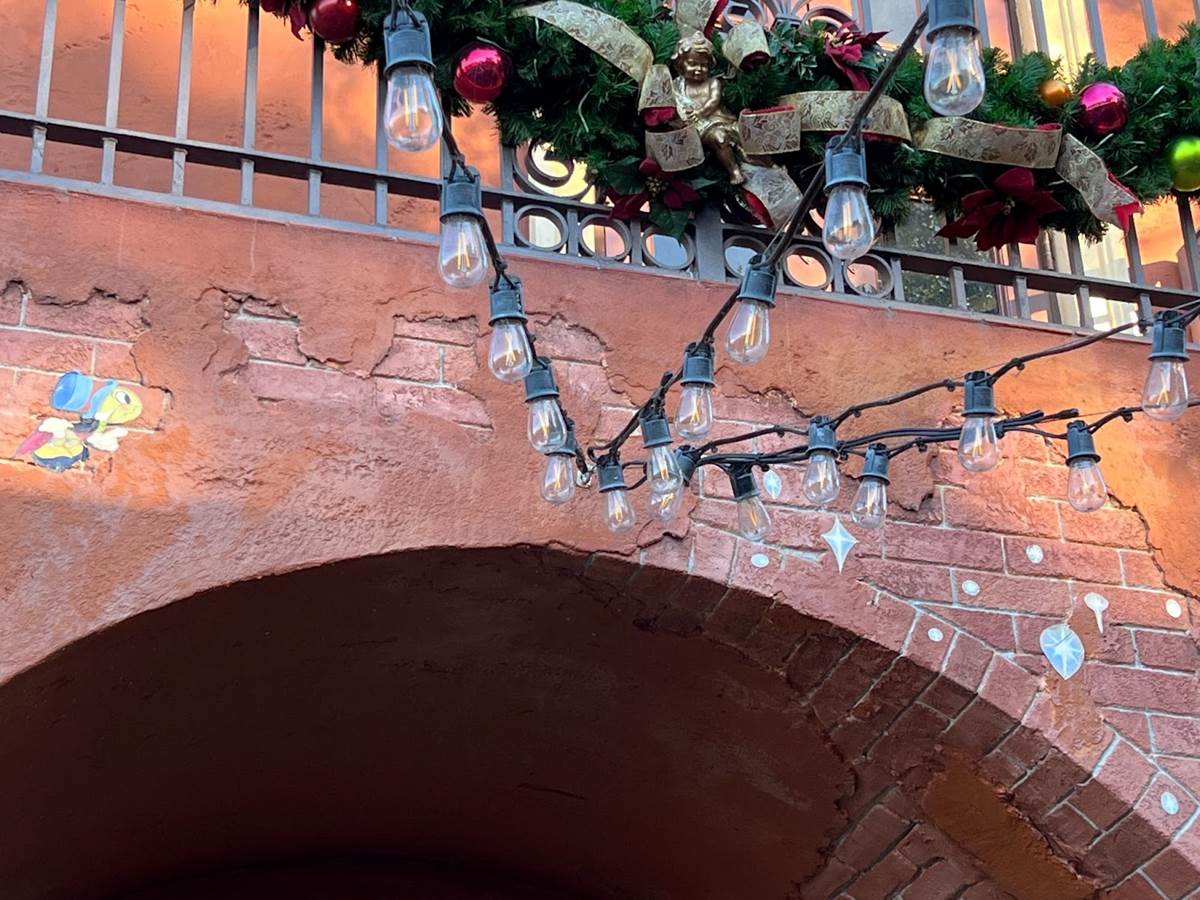 Jiminy Cricket’s Pinocchio can be found in a slightly different location this year in the Italy pavilion, looking at the stars found in the “cracks” in the plaster of the walls. New this year are friends Lucas and Alberto from Pixar Lucas, masterfully crafted in this faux fountain in Italy. 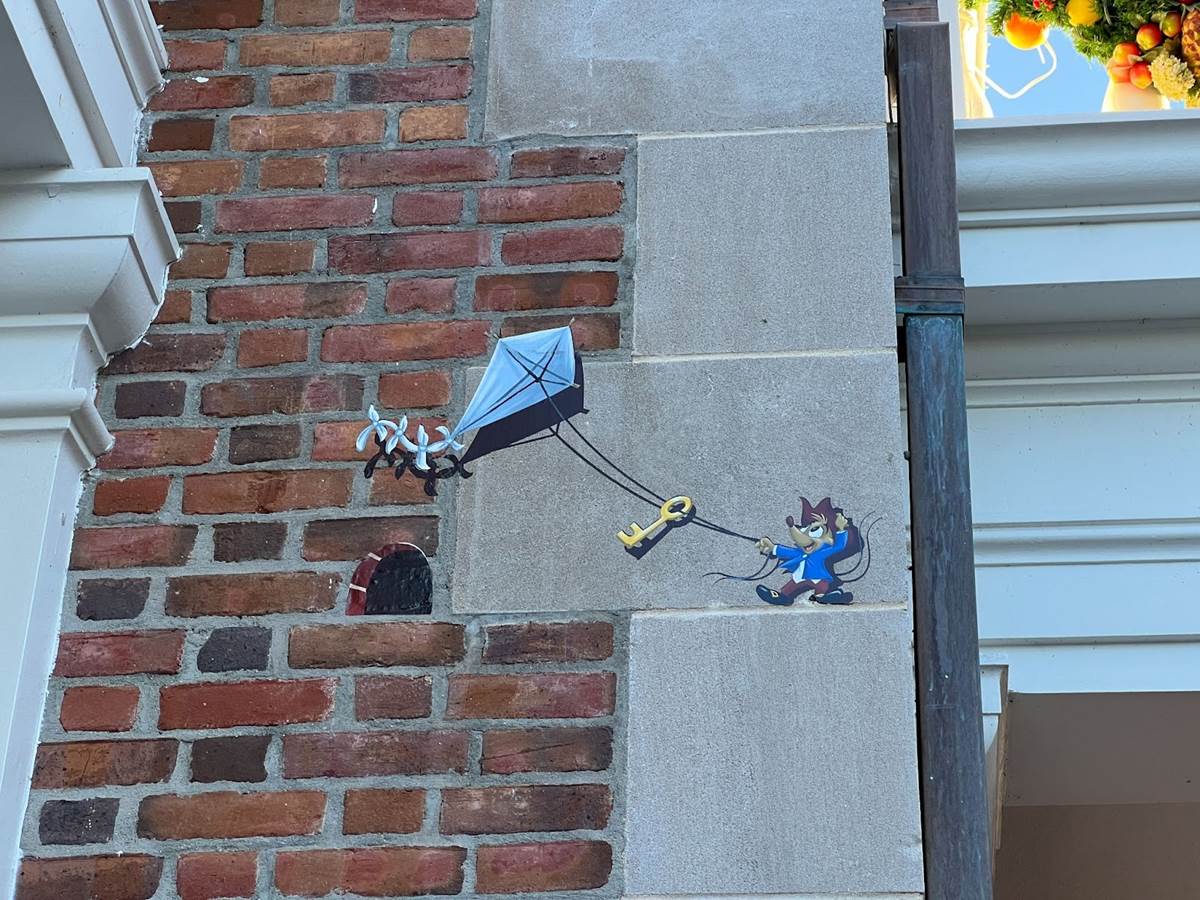 One of the more obscure characters found on the World Showcase ride is that little mouse, Amos, from the animated short, Ben and me. In the short, set in 1953, Amos met and befriended Benjamin Franklin, ultimately helping him with his publishing, inventions, and political career. Among Amos’s contributions were bifocals, inspiring Franklin to build the stove, and changing the format of Poor Richard’s Almanac to an event-driven journal, the Pennsylvania Gazette. 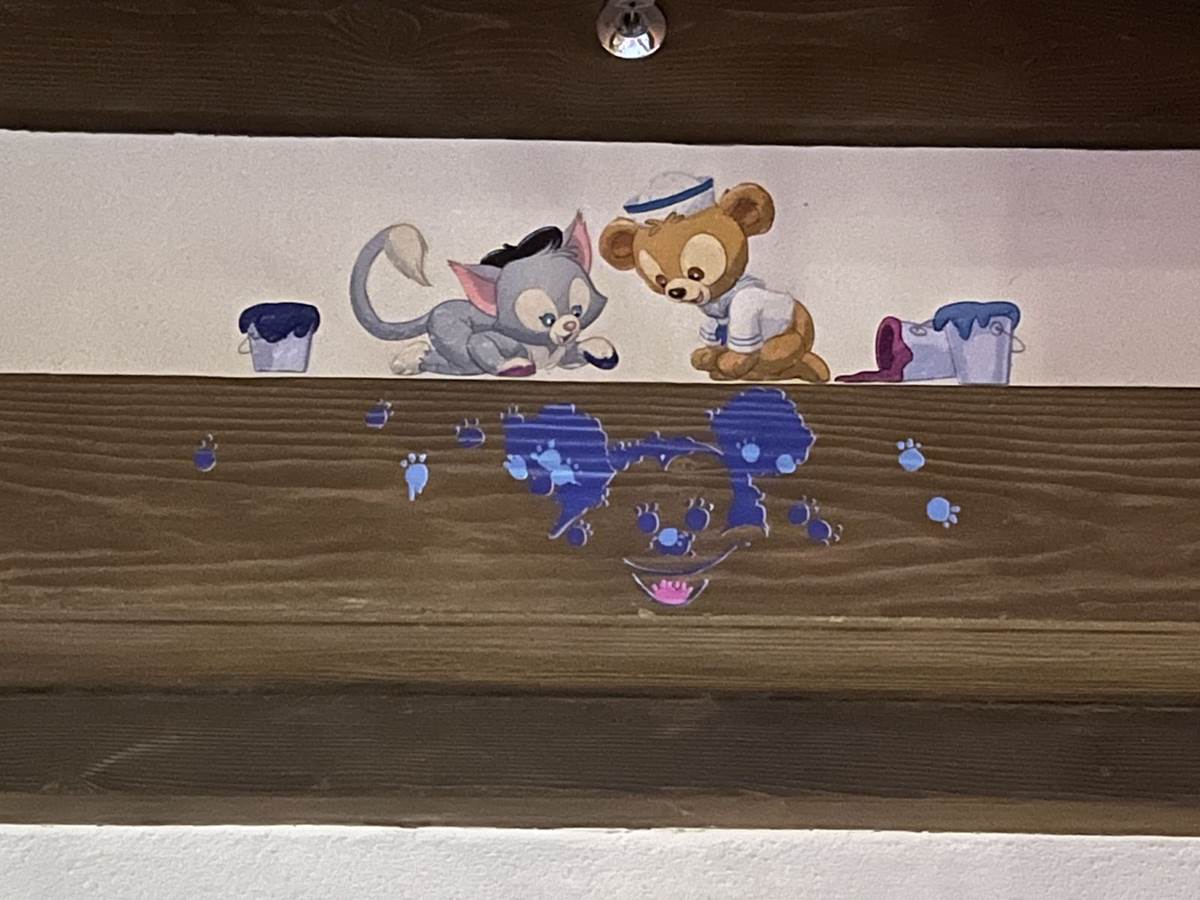 Just like you’ll find them in the real Japan, EPCOT’s Japanese pavilion features Duffy the bear and his pal Gelatoni the cat. Gelatoni is a perfect character for the Arts Festival as the character’s backstory involves Duffy spilling his ice cream in the Mediterranean harbor of Tokyo DisneySea where the aptly named cat showed up and started painting a picture using his tail. and spilled candy. 1992s Abu Aladdin can be found in the aisles of the Morocco pavilion, causing mischief as usual. The France pavilion features Duchess’s three kittens from the 1970 classic, The Aristocats. Berlioz, Toulouse and Marie can be seen on the edge of a building near La Petite Rue. Elsewhere in the pavilion, other lively friends from France reunite in the form of Rémy and Emile, who appear in the new Remy’s Ratatouille Adventure attraction, based on Pixar Animation Studios’ 2006 film, Ratatouille. They’re set in a slightly different location from previous years, with Remy dashing through a pipe instead of holding food. 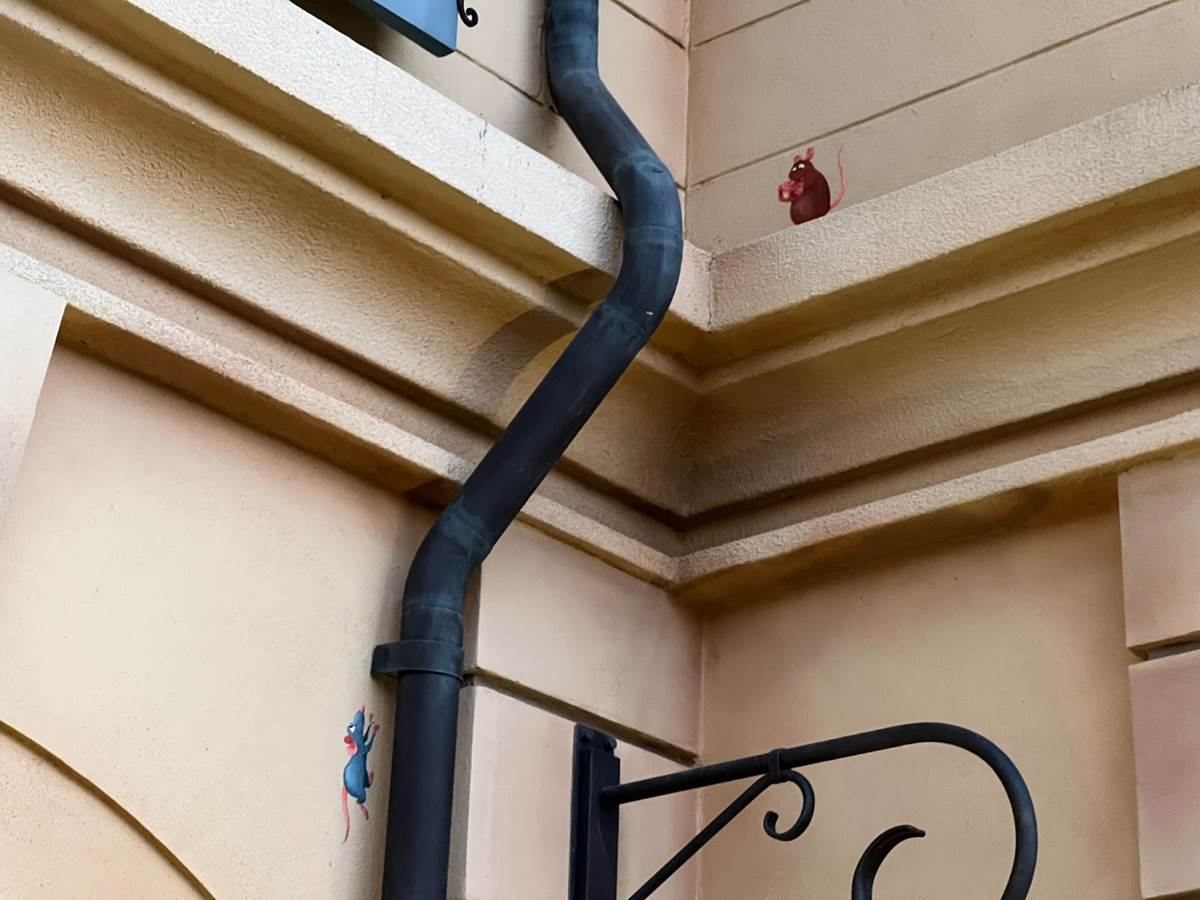 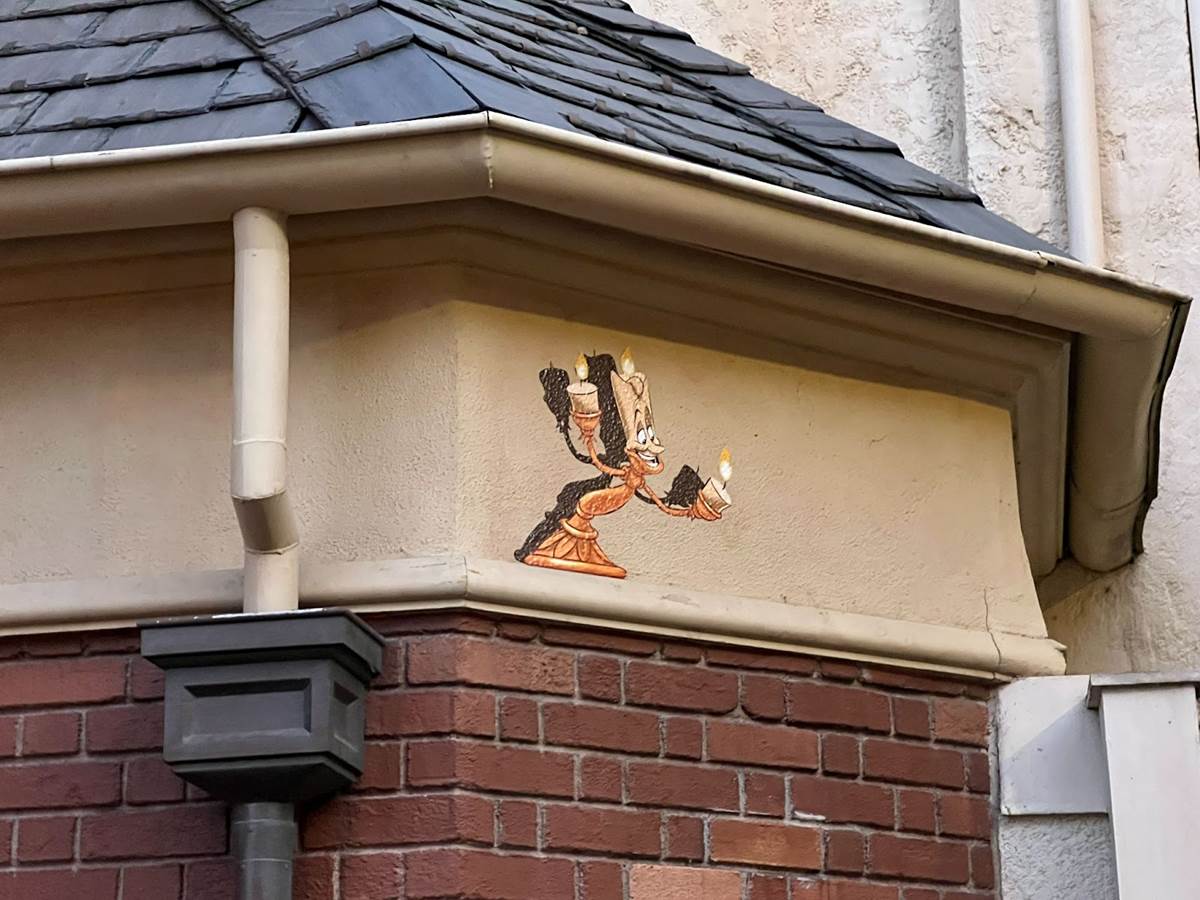 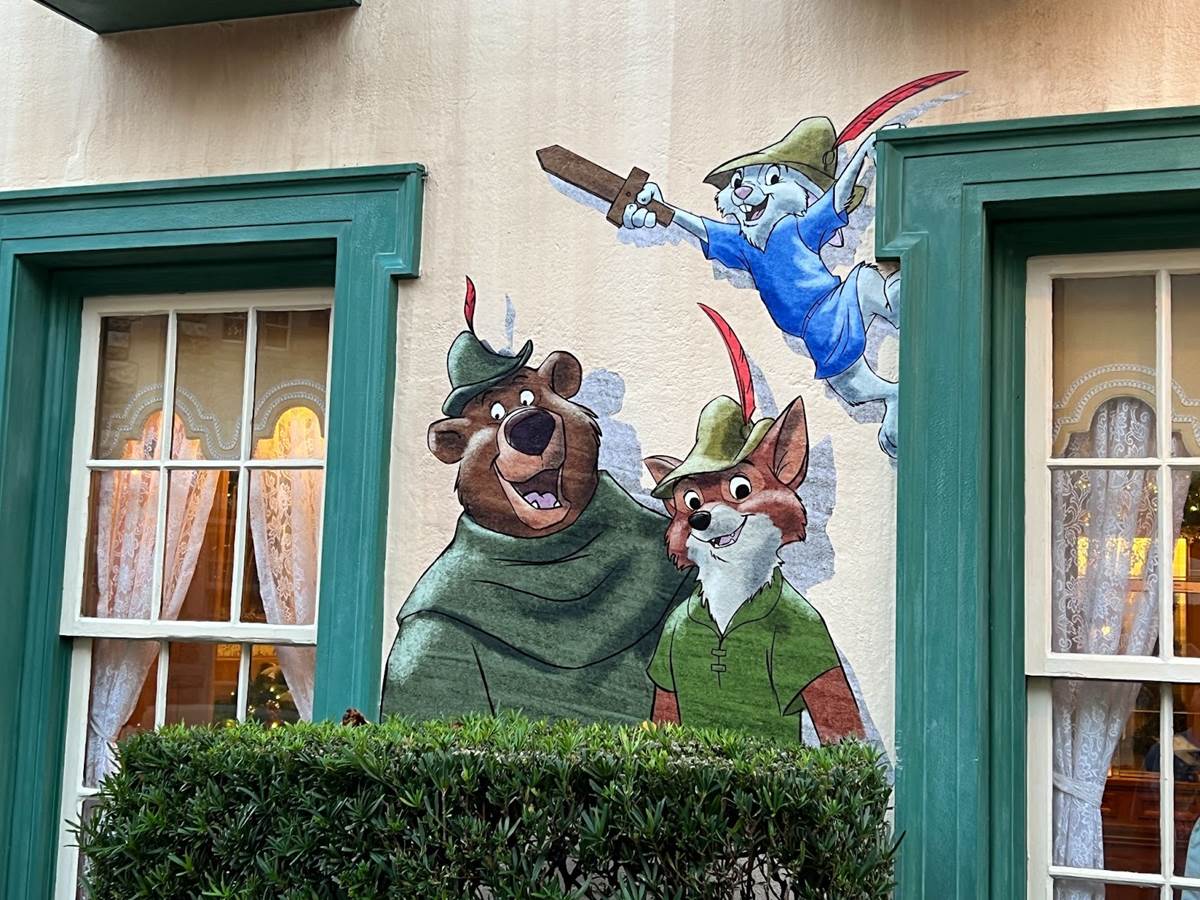 Across the hypothetical River Thames (which, in this case, leads to Lake Crescent) at the British Pavilion, some friends from Sherwood Forest make an appearance, including Skippy, Robin Hood, and Little John. 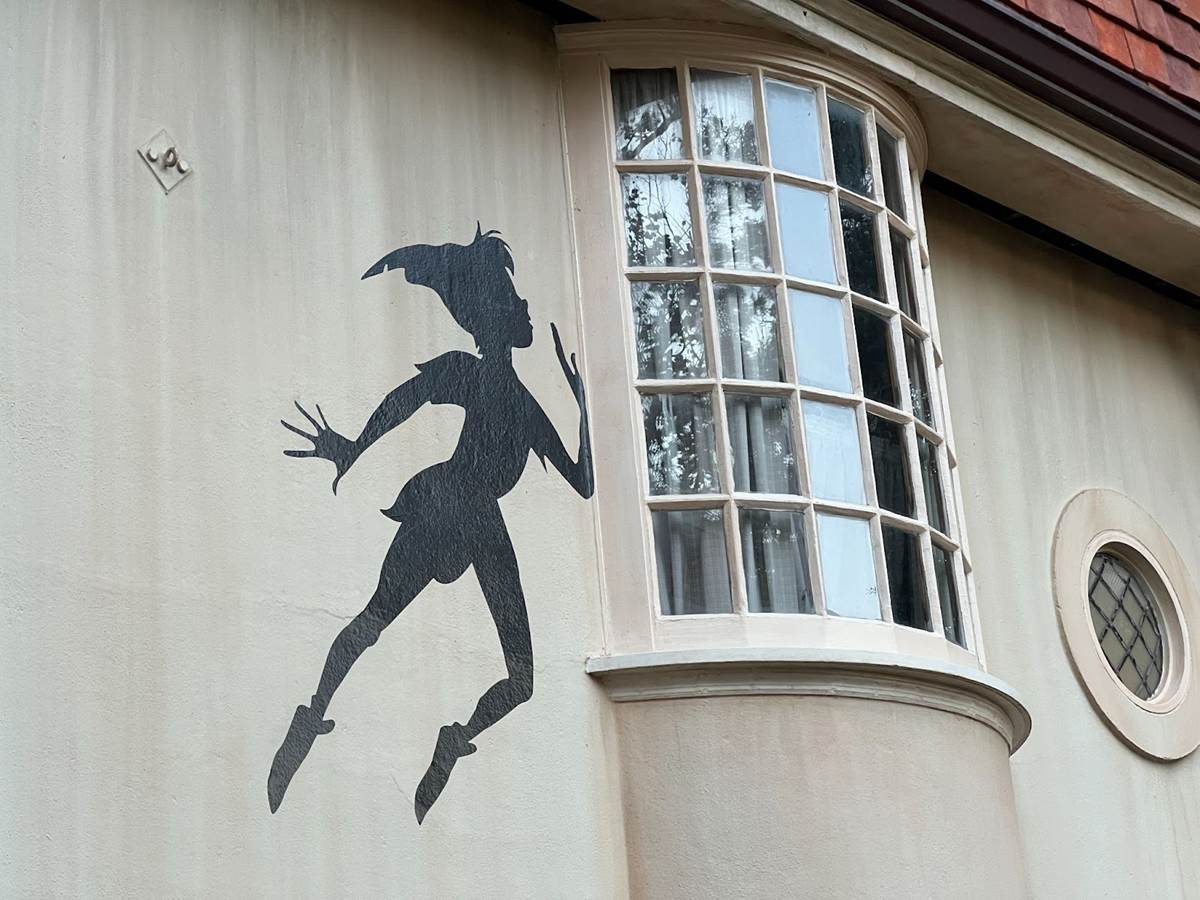 Across the street, Peter Pan’s shadow can be found approaching an upper level window, possibly avoiding being found by Pan himself. 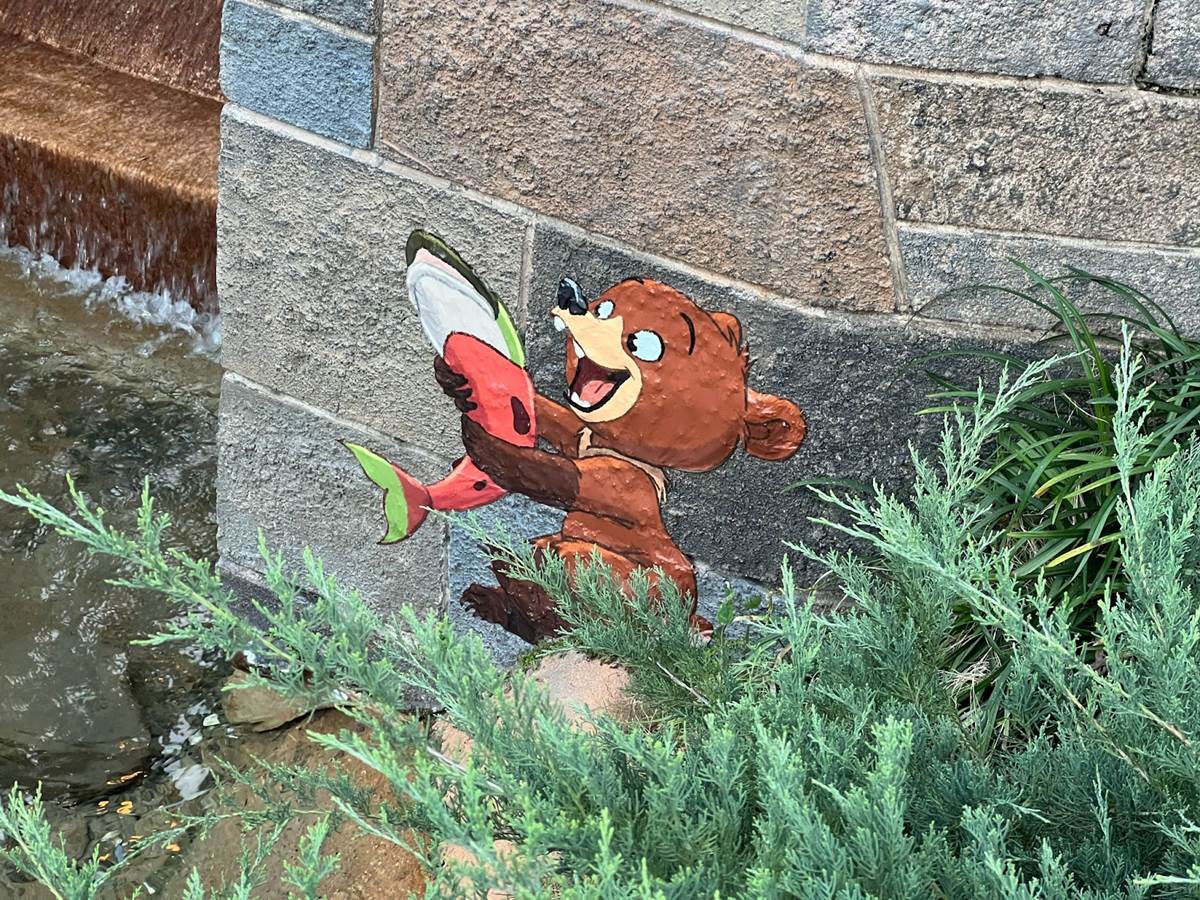 Further down the boardwalk is Koda the bear from 2004 Brother Bear catch salmon under the Canada Pavilion deck, though his older counterpart, Kenai, is nowhere to be found. If you’re heading to World Showcase during the EPCOT International Arts Festival, be on the lookout for these characters hidden in the pavilions! Be sure to stay tuned to Laughing Place for continued coverage of the Festival of the Arts, which takes place at EPCOT from January 14 to February 21, 2022.